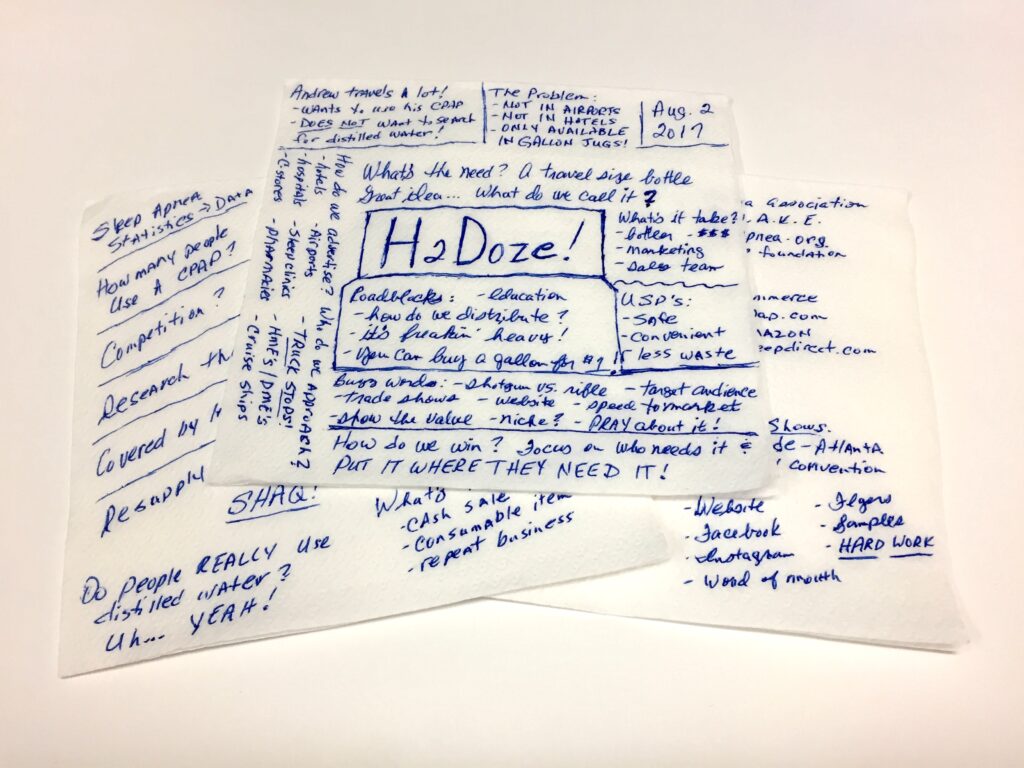 They say necessity is the mother of invention. H2Doze was initially created out of a need which had yet to be met for CPAP users. The idea came about when one of the founders of the company was traveling on business shortly after being diagnosed with sleep apnea. When using his CPAP machine at home, he would simply fill the humidifier chamber from the gallon jug of distilled water sitting beside his bed, strap on the mask and enjoy a good nights sleep. However, when he traveled, taking that gallon jug on the plane was not an option so he was left to find distilled water once he arrived at his destination. Typically he shuttled to the hotel instead of renting a car, sometimes arriving late at night so safety became a concern when walking to find a convenience store, not to mention the huge hassle of a scavenger hunt every time he arrived in a new city. It was then he realized the widespread need for a travel size bottle of distilled water so this idea, which began on a bar napkin, quickly became a reality.